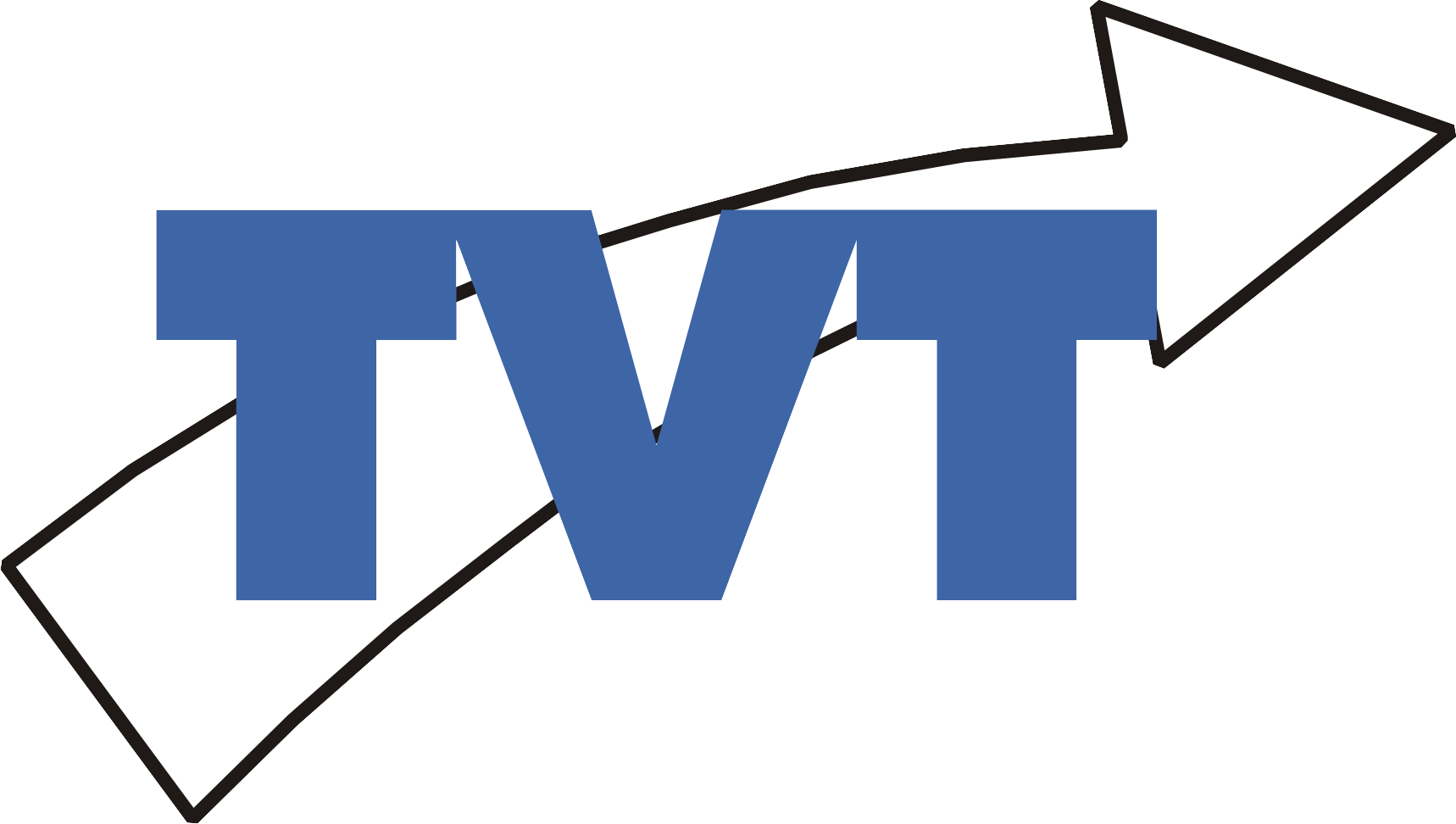 For thin coated products, surface homogeneity is an important quality characteristic, e.g. for LCD-foils or polarisation foils the requirements are under 1 µm deviation in surface roughness.

The roughness of the surface coatings, which occurs during drying, is caused by interfacial dynamic instabilities due to gradients of surface tension, called Marangoni instabilities. The main forces – the surface tension and the viscosity – as functions of solvent content and temperature alter as drying proceeds. At a certain degree of dryness, the formed structures at the surface “freeze” due to increasing viscosity and can still be measured in the dry film.

The target of this work is, to describe the mechanism of Marangoni instabilities in thin polymer coatings during drying. Therefore drying experiments on an alternating tempered substrate as well as half-covered film-experiments were made, for a qualitative understanding of the mechanism. The experiments have shown that stamped temperature gradients during drying cause big roughness at the surface of the dry film. These were measured by means of a self-made profiler. 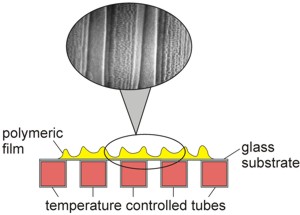 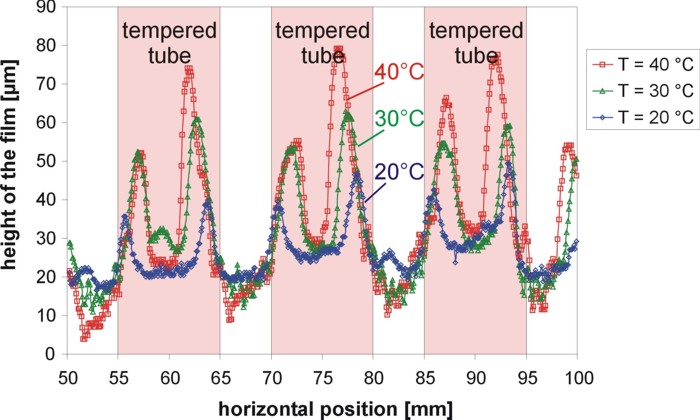 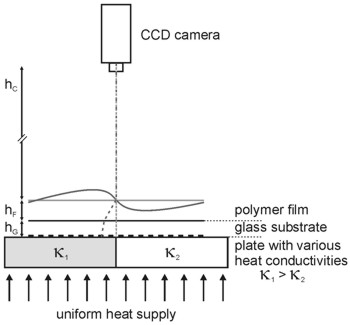 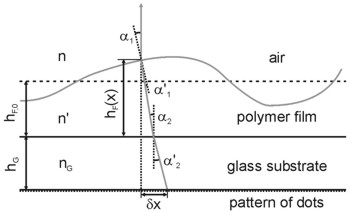 First initial measurements of a drying Methanol-Polyvinyl-acetate solution are shown below. The figure shows perspective views of the drying polymer film (X0 = 2 g(methanol)/g(PVAc), hF,0 = 125 µm) at different time steps. It can be seen, that a wave is formed at the border between Teflon and aluminum, where temperature and therefore concentration gradients appear during the drying process because of the small heat conductivity of the Teflon. 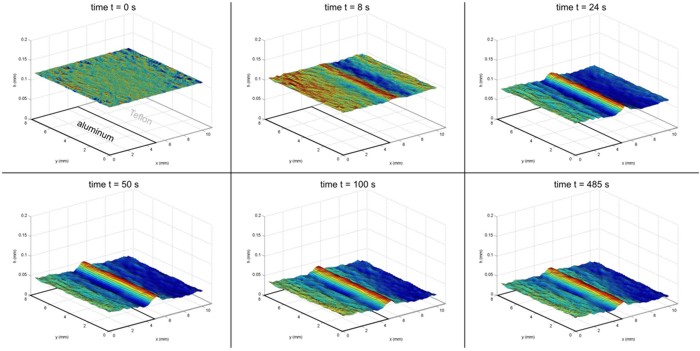